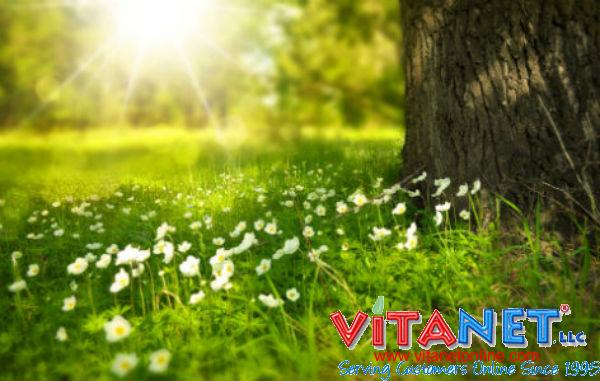 That morning cup of coffee is vital for most people in the morning when they wake up. Unfortunately, it can irritate your stomach and make you more tired when it wears off (otherwise known as a caffeine crash). Read this article for a delicious recipe to a spiced coffee beverage that is easy on the digestion and keeps your energy levels up all day without the crash. The recipe is simple to make and its ingredients are not expensive.

"Every now and then a little caffeine is warranted to wake you up. While straight coffee can cause stomach irritability, jitters and an inevitable crash, adding a few items to it can help it to replenish you, wake you up, and ward off any negative side effects."

How Inflammation Spreads Through the Brain

Darrell Miller (support@vitanetonline.com)
Subject: How Inflammation Spreads Through the Brain 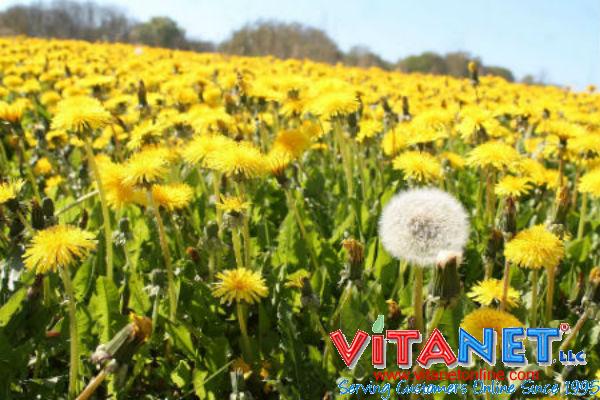 After a traumatic brain injury, inflammation travels through the brain by releasing inflammatory cells from sacks in the brain's immune cells called microparticles. The inflammation, which causes damage, can be found in sections of the brain far from the injury. Microparticles are easily spread due to their small size, there is hope that a drug created to target microparticles can be used to prevent excessive permanent brain injury after trauma.

Researchers identify how inflammation spreads through the brain after injury 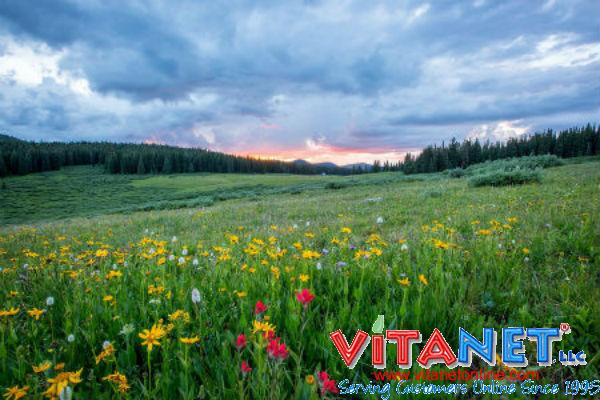 Researchers have identified a new mechanism by which inflammation can spread throughout the brain after injury. This mechanism may explain the widespread and Long-Lasting inflammation that occurs after traumatic brain injury, and may play a role in other neurodegenerative diseases. This new understanding has the potential to transform how brain inflammation is understood, and, ultimately, how it is treated.

"This new understanding has the potential to transform how brain inflammation is understood, and, ultimately, how it is treated."

Good Breath - The Garlic lover and smoker will be confident about their breath with this all-natural parsley and sunflower seed oil in a softgel which works in the digestive tract to cleanse bad odors. Good Breath is guaranteed to work.

Ingredients: Parsely Seed oil, Sunflower Seed Oil and glycerin contained in a gelatin capsule. Good Breath is 100% Naturals and contains no artificial flavors or colors, no sugar, no starch, no preservatives, no corn or dairy, and no sodium or yeast.

Availability: 60 softgels in a flip-top container.

Suggested Usage: Swallow 2-3 Softgels with liquid after eating. Good Breath usually lasts up to six hours. Satisfaction Guaranteed or your money back.

Disclaimer: The information presented is not intended to be prescriptive or to replace the care of a licensed health professional in the diagnosis and treatment of illness.

The introduction of refined sugars into the modern diet has had tremendous negative health consequences on world health. For example, diabetes, especially insulin-independent diabetes (Type 2), is growing rapidly in the United States particularly among children. This type is partly due to the inability of insulin to effectively transport sugar to receptor sites and into cells, where the sugar can be metabolized. Instead of being "burned up," sugar builds in the blood, creating a potentially serious health problem. This inefficiency can occur for a number of reasons, including: insufficient insulin production due to pancreas dysfunction (though many Type 2 diabetics produce excess insulin); the inability of insulin to carry sugar to receptor sites; a defect in the insulin; or a defect in the receptor that does not allow for the sugar to be transported through the cell membrane. Even if one does not have diabetes, it is important to maintain healthy blood sugar levels through proper diet, exercise, and weight management. This is especially important in children who were recently found to obtain 14% of their daily calories from sweet drinks (sodas), overtaking white bread as the primary source of total daily caloric intake. Regardless of the reason, a number of botanicals, in addition to key lifestyle recommendations, have been shown in modern research to support healthy blood sugar levels by enhance sugar metabolization. (Cinnamomum aromaticum syn. C. cassia*) is one botanical that has been shown to have a positive effect on potentiating the effects of insulin.

*The study referrd to the material used as Cinnamomum cassia. The officially accepted botanical nomenclature has changed and is now Cinnamomum aromaticum.

Spices have been used historically to increase metabolism, raise body heat (thermogenesis), improve digestion and assimilation, and potentiate the effects of other substances. For this reason, in many herbal traditions, small amounts of hot pungent spices were added to many traditional compounds. Regarding sugar metabolization, a study by the United States Department of Agriculture (USDA) looked at the potential effects of 49 spices on insulin function (Broadhurst et al. 2000). These researchers found that cinnamon was the most bioactive in directly stimulating cellular glucose metablosim, i.e. the ability of cells to utilize sugar. The same researchers followed up with constituent studies and determined that it was water-soluble compunds in the extract that had this insulin-potentiating effect. This was followed by a clinical trial (60 subjects), also with involvement of the USDA, on the effects of cinnamon for potentiating insulin. The equivalent of 1, 3, and 6 grams (g) of cinnamon powder (approximately 1/4 to 1.5 teaspoons) reduced blood glucose levels 18-29% in 40 days (Khan et al. 2003).

There was a significant increase in efficency between the 1 and 3 g doses, but an insignificant increase between the 3 and 6 g doses. One mechanism of action that has been postulated is that cinnamon increases the activity of PI-3 kinase, an enzyme that is critical in regulating the ability of glucose to be transported into the cell, where it can be utilized as energy. In addition to its ability to potentiate insulin, the cinnamon also supported healthy triglyceride and cholesterol levels, both important health benefits in general.

There is an additional benefit of using cinnamon for many Americans; like many spices it is a potent thermogenic agent. This means it can be used as a healthy adjunct to a weight loss program that includes dietary modification and proper exercise. The excessive consumption of simple sugars in conjunction with poor diet and sedentary lifestyles can cause unhealthy blood sugar levels while providing themogenic support can have Long-Lasting health benefits.

There have been a number of popular articles on the recent studies. This had led some to ask if crude cinnamon powder can be used with the same effect and safety. This has not been tested. As with all spices, cinnamon is rich in essential oils. Essential oils have beneficial effects, but the insulin-potentiating effect was found to occur in the water extract. This would suggest that many of the oil soluble compunds were lost in the processing. Also, essential oils can be stimulating and irritating, one of the reasons they are generally used in small amounts as flavoring agents. Therefore, it would be best to look for products that contain the water extract to ensure you are delivering the preparation that most closely reflects the preparation used in the studies.

Maintaining healthy weight and increasing lean body mass are key components in the supporting healthy blood sugar levels. Recently it was reported that only two days of inactivity resulted in a decreased level of insulin sensitivity. Therefore, supporting healthy blood sugar levels is extremely important for those wanting to maintain a healthy lifestyle. In obesity, or in those with a significantly higher percentage of body fat over lean muscle (body mass index greater that 25), it is very difficult for insulin to do its job effectively. The reason is quite simple: fat cells can prevent insulin from actually reaching insulin receptor sites; the fat physically blocks the receptor, and the sugar that should have been burned off through cellular function remains in the blood. It is important to know that, in such cases, there is often nothing at all wrong with the pancreas (the insulin-producing organ), the insulin, or the receptor sites. The fat simply prevents insulin and sugar from reaching their target. In many cases, people are over-producing insulin in an attempt to get more sugar to the receptor sites. After awhile, the pancreas can become exhausted and no longer produce adequate amounts of insulin. Therefore, a primary therapy for supporting healthy blood sugar levels is proper weight management through diet and exercise.

Roy Upton is trained in Western and traditional Chinese herbalism, and has been a professional herbalist for 18 years. He is past president and current vice-president of the American Herbalists Guild (AHG) and is also executive director and editor of the American Herbal Pharnacopoeia. an organization dedicated to the development of authoritative monographs on botanicals used in supplements and medicines. Roy is general manager of Planetary Formulas and a memeber of the Standards Committee of the American Herbal Products Association. He is the author of several books, including St. John's Wort and Echinacea in the Keats Publishing Good Herb Series and co-author of the Botancial Safety Handbook, published by CRC Press. Roy lectures and writes extensively.

Disclaimer: The above article is for informational purposes only and is not intended to diagnose or treat a particular illness. The reader is encouraged to seek the advice of a holistically competent licensed professional health care provider. The information in this article has not been evaluated by the Food and Drug Administration. This product is not intended to diagnose, treat, cure or prevent any disease.

Now that the flesh-baring season is but a distant memory, skin care may have dropped off your list of priorities. But unless you're planning on hibernating until May, Old Man Winter can play a cruel joke on your smooth, glowing complexion-causing cumulative damage not easily remedied. Defend yourself with our survival kit and keep the harsh elements from wreaking havoc on your outer sheath.

Frigid temperatures and blustery winds take their toll on everyone's skin, whether it's normal, oily or dry. Cold dry air, combined with arid indoor heat, results in less natural sebum (oil) production. This oil acts as a protective barrier that helps hold moisture on the surface of the skin; hence less sebum leads to a rough and dry exterior. Icy winds can also cause redness as the stress induces tiny capillaries just underneath the skin's surface to burst.

So the first order of business for winter skincare is preserving your skin's moisture. Along with external methods of bundling up all exposed areas, dietary habits can help preserve moisture internally.

Skincare consultant Lynn J. Parentini, author of The Joy of Healthy Skin: A Lifetime Guide to Beautiful, Problem-Free Skin (Prentice Hall), suggests reducing your intake of coffee and tea, which act as diuretics; eating lots of fresh fruits and vegetables, which contain natural, vitamin-rich moisture; and increasing the amount of water you drink (those daily recommended eight glasses of water are even more important in winter).

Bathing can strip skin of its natural oils, so you should be careful of washing with overdrying soaps. Avoid deodorant soaps with harsh detergents which can irritate the skin, and look for milder soaps with moisturizers or a skin-softening shower gel. Neutrogena Rainbath Shower & Bath Gels gently cleanse and condition skin with a rich, full lather that won't leave a residue. Showers tend to be less drying than baths, but if you prefer soaking in a tub you can use bath oil to lubricate the skin. Also avoid very hot showers and baths as they can pull moisture out of the body.

For extremely dry and sensitive skin, shower at night and follow with a rich moisturizer. Skin then can replenish its protective oils before the morning's icy blast.

Now's the time to use a heavier cream moisturizer to counteract all these dehydrating forces, so finding the right one is imperative. In simpler times, choosing a body moisturizer came down to which one possessed the most pleasing smell. Today, lotions are formulated with nutrients and natural ingredients for powerful, soothing benefits. • CAMOCARE Soothing Cream contains patented Camillosan Camomile, a natural anti-inflammatory. This thick, therapeutic cream is great for dry patches on hands or elbows. 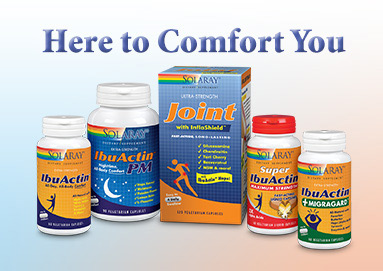 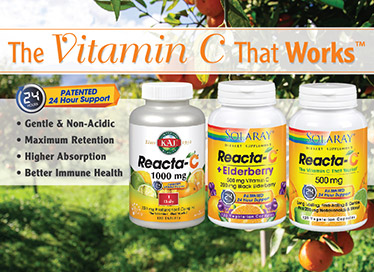